Have you already broken your new year’s resolution? Are you good at setting new goals, but can’t seem to hold on to them? As you may have found out, the real problem isn’t setting the goal or resolution 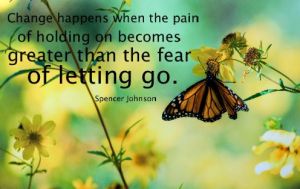 , it’s… how to make it stick; make it work… this time.  Research studies, year after year, have shown that less than 40 percent of people actually set goals for themselves for the new year, and of that, less than 10 percent are successful, after just three months of trying. The reason for that is you never change your behavior.  Changing your behavior involves practice, practice and more practice, in other words… action, on your part.  Oh, and not just practice, but having a foundation for which you can stand, while practicing.  So now we get to the real reason many goals aren’t achieved as planned… no foundation, beliefs or standards in your life.

Before any goal setting, whether it’s losing weight, stop smoking or drinking, being a better parent, helping others,  saving more, spending less or getting organized, you need to apply the instructions for pious living, as a lifestyle, and walk in obedience of it. The only way to do this is to go into training mode, just like an athlete or an honor student. Be accountable to a call higher than yourself; religion, spiritual, God-fearing, prayer, devotion, yoga, etc…..this would be your foundation for which all of your other goals rest.  Allow a higher power to be displayed in your life, a trusting power that you will obey, for this will give way for you to put off old habits and replace them with positive actions and habits in obedience to your higher self.  Study the 6 changes below. They are the “instead of this, do this” changes... instructions for laying a foundation for change:

You must acknowledge something higher than yourself in order to be accountable.  Having a foundation set on a system of beliefs, values and standards will give you that foundation of accountability, so, that when you lay out a list of to-dos, new year resolutions or goals, you will be accountable to that in which you reverent.  You will then begin to achieve your goals and resolutions, and have success in your life.

Now, instead of making new year resolutions with old habits, note an area from the six changes above where you need to change and then ‘do this’ instead and begin to move toward your goal. Change happens ‘in the doing‘, but making that change last requires accountability to a higher call. Change happens when you do! Happy New Year and good luck.

A blog for and about women of a certain age--proving you are never too old to do you.